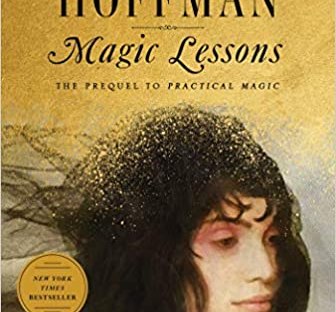 This might be a lengthy review because there is so much I have to say about this book! (Good and not so good) I just wanted to lay there out there from the beginning. Let me start by saying that I have watched the movie Practical Magic every single fall season multiple times for almost 25 years. It is a favorite movie of mine, it never gets old, and to me it is perfect! So, it’s only natural that I might have some issues with the book, especially when the book is so greatly different from the movie.

Major differences between the book and movie:

Anyway, those are my top complaints off the top of my head, but there was a lot that was different. You’ve been forewarned!

If I separate the book from the movie and just look at the book in itself, it was actually pretty good. I found myself forgetting that I was reading a witchy story and it ended up feeling more like a women’s fiction family drama, which isn’t terrible, it’s just not my first choice of read. I found myself identifying mostly with Gillian who made all these terrible love choices, had failed marriages, and couldn’t seem to stay out of trouble when it came to love. She had poor choice in men and she let men use and abuse her for most of her life. I had a very similar past with love and thankfully I am on the other side of that now with a wonderful husband, but I could really relate to her terrible times. When Gary was introduced I was excited because I had been waiting for him and knew that Sally needed a love interest soon to give it that happy ending, but his character actually made me uncomfortable. He was a crier. And I don’t mean something terrible happened and he cried, I mean Sally puts a cup of coffee in front of him and he cries over it. They’re getting hot and heavy in the car and he cried. I know the author was trying to make him this sensitive man who was in tune with his feelings because that’s what we women are supposed to want in a man, but honestly if my man cried that much over not much I would be a little more than confused by it, which I was with Gary too.

The story had a good pace and was laid out nicely, but I was really frustrated with the length of the chapters. They were so long and had no good stopping points. I can’t read fifty pages in one night, I just don’t have the time, and sometimes one chapter would go on longer than that. I found myself just picking a paragraph at random to stop hoping I’d remember what was going on when I picked it up again to read. I find the best layout is short chapters because then I actually end up reading more because I’m like “Oh, the next chapter is only three more pages. Oh, the next chapter is only six more pages.” Then, I keep going and going. With this set up of epic chapters I was like I’ll just stop here because who knows what’s coming up or if I’ll be able to stop if I read another chapter or two.

Another aspect that shocked me about the book was some of the vulgarity. The F-bomb was dropped multiple times by Sally and Gillian, something I could not picture them actually saying in the movie, but that I guess I could see if I pictured the book them. Also, the vulgar sexual description. The best example I can give is when Kylie is running from a stranger (male) who is saying all sorts of gross sexual things to her because he wants to rape her. It was a thrilling scene as she was running away and I felt for her and was invested, but the language just grossed me out. Again, I understand what she was trying to do, it just caught me off guard.

All in all, it was a good book, but I love the movie way too much to give this a five star rating. It had its faults. I have read the other two books in the series which were written as prequels later in the author’s career and I absolutely LOVE those.